i loved this Since I’ve returned from Burning Man I’ve been trying to explain the scope and size of Black Rock City which lasts for a little over a week in the Black Rock Desert once a year.

see On Saturday in bright mid-day sun I took a little bike ride to the back of the city and found a scaffolding that was probably about 40-50 high with aluminum ladders attached to it by nylon rope. As I looked up at it I saw a 9-10 year-old running our on the four-foot wide top like he was the reincarnation of a steel worker who’d built the Empire State building. I asked one of the adults down on the ground if it was ok if I climbed up and they say, “That’s why it is there.”

http://adamsisco.com/?mikity=rencontres-%C3%A0-elizabethtown&e56=86 Up I went as one of the guys shouted, “It’s a little sketchy.”

baytril where to buy It wasn’t nearly as bad as I feared and as I climbed the last couple of steps the Kid asked, “Gonna take some pictures?”

For those of you who know the BRC layout this was somewhere about 6:30 and J streets. For those of you who that makes no sense, it just means it was not far from the center-back of the city as you looked towards the man who occupied the center of the City about 1/2 miles from any of the camping area.

All-in-all the city is about 7.4 sq. miles with another numerous miles of open playa dotted with art installations and art cars cruising about.

When I wrote in a previous post that I probably saw about 30-percent of Burning Man, I was probably off. Upon reflection, it was probably less than 20-percent.

As I climbed don from the structure a small girl of about six was trapped in a hammock. “Can you help me out?” she in her slightly squeaky child’s voice. I looked around thinking about what might be the thoughts of any adult around that sees a stranger grabbing a kid out of a hammock.

“”Sure dear,” I said as I grabber her under her armpits and lifted out of the enveloping pink nylon hammock. I place her on the ground as she scampered off. Ten feet away her dad was feeding a toddler Gerber baby food and probably didn’t even notice me helping out.

“Is that you boy up on the scaffolding?” I asked.

“Yeah, he’s been climbing on that thing every year since he was four.”

“We’ll thanks for the view. Enjoy the burn,” and I was off. 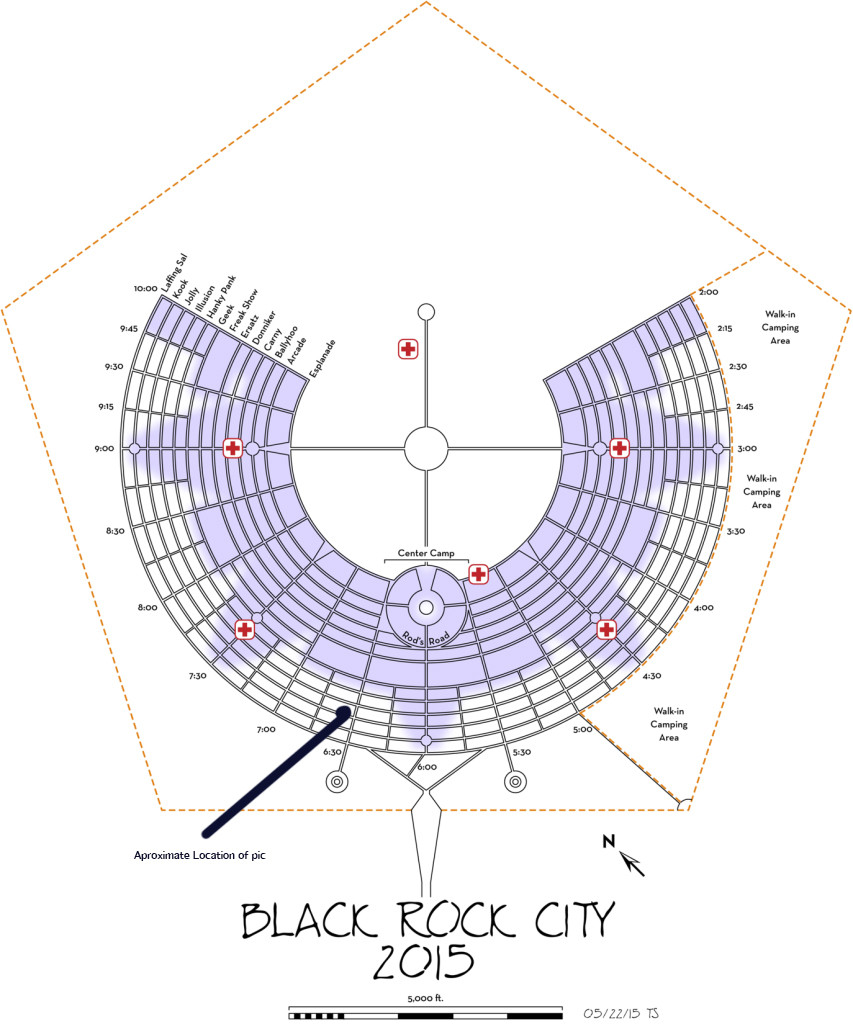