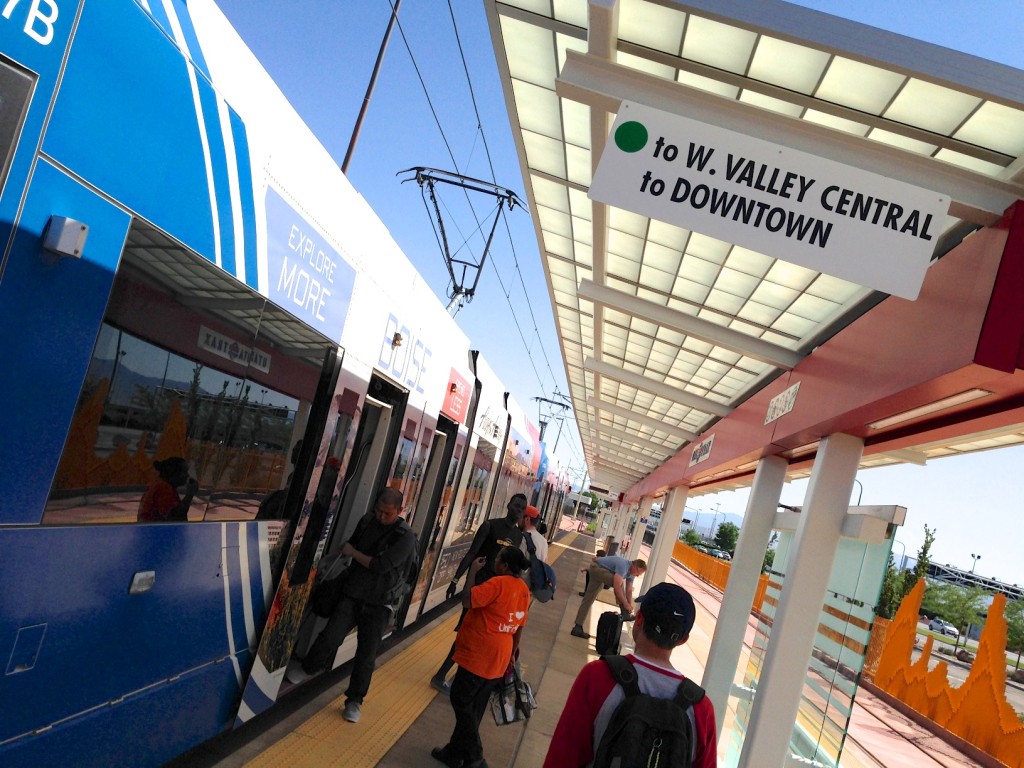 Twenty five years ago when I first came to Ogden, UT, the drive from the Salt Lake City airport to Ogden was a fairly easy drive with added traffic around Farmington and Layton.  When done at night, there were few lights between the towns that lined the freeway. When you came to a town you knew it.

Now, as in many metropolitan areas, what used to be open space has been taken up with cookie cutter homes, malls, fast-food and the 35-mile stretch I-15 has turned into a river of steady traffic at all times of the day .

Another thing that has changed is Utah has made major steps in the direction of public transportation. Salt Lake City has rail system called TRAX and a commuter rail line (Frontrunner) runs from Provo to north of Ogden. The commuter rail has a couple stops in Salt Lake and for the most part it is pretty easy to get to place downtown in a reasonable amount of time.  As long as your schedule fits the train schedule, it’s a viable option. On April 14, 2013 an airport line opened that now makes the option of rail travel to the airport possible.

I’d new considered taking the train to the airport as I really hadn’t taken the time to learn the logistics, knew I’d have to have someone drop me at the Frontrunner station then arrange for someone to pick me up. I didn’t know how much time it would take to get there, then how long it would be to get home. All-in-all I figured it was just easier to get in the car and get to the airport, pay the $9-a-day for overnight parking, and be in relative control of everything. So the last few trips that is what I’ve done.

But now I live one block from the Frontrunner station so I figured it was time to learn what it would take to do this trip carless. To be honest, it was so much easier than I imagined.

I simply checked out the Frontrunner schedule, figured out that I had to get on the Green line of TRAX at the North Temple station. According to Green Line schedule I’d have to wait about 3 minutes after departing the Frontrunner. Then I’d be on the green line for about 13  minutes to the end of the line at the Airport.

At 6:55 am, with bag in tow, I headed out my door, grabbed a cup of coffee at Grounds for Coffee a few doors down and headed for the train scheduled at 7:09 am.  Being my time at this I gave myself a little extra time incase and connections we missed.

Grabbing my $5.50 ticket I jumped on the waiting train and in a few minutes the cars started moving south.  After stops to pick up other passengers headed south, we arrived at the North Temple Station at 8:03 am. I disembarked, headed quickly up the escalator and within a minute or so, the Green line train showed up and we were off to the airport.  The TRAX line ends at the east end of the terminal number 1. If you are Delta or flying international, it’s a bit of a walk to terminal 2 or 3, but not bad at all.

In all the trip had taken me about 1:20. I figured this was about 10 minutes longer than if I’d driven, parked, waited for and ridden the parking shuttle. 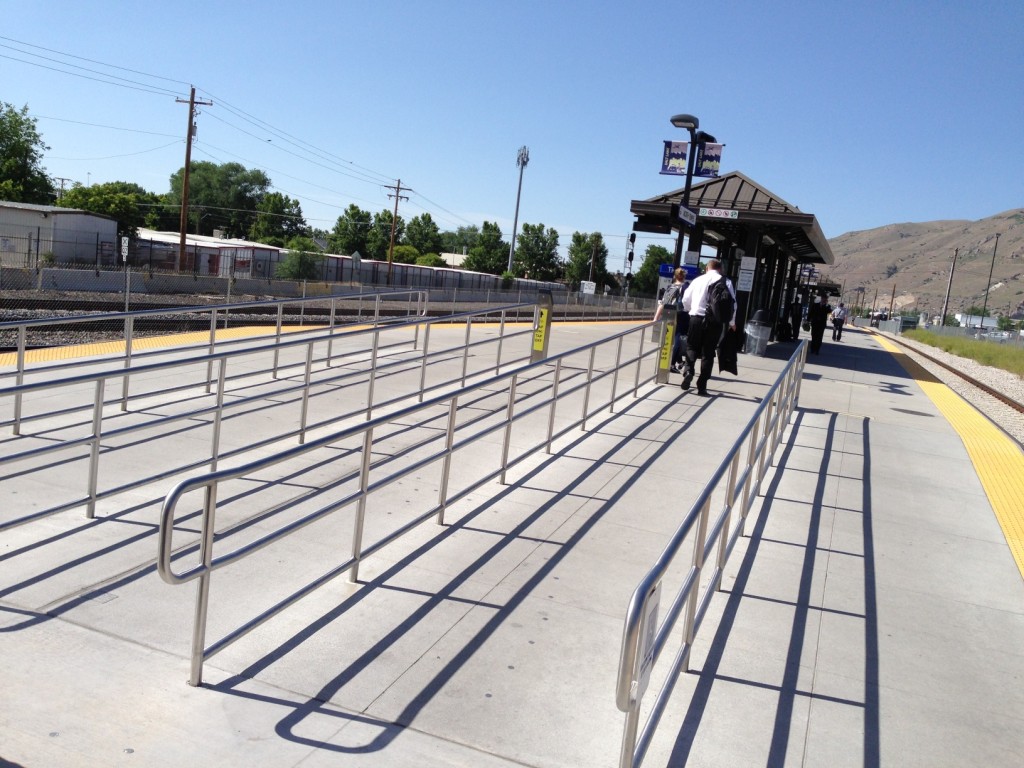 The trip home was a reverse of the trip out without the coffee. It also included about a 19 minute wait for the Frontrunner at the North Temple transfer. This made the trip home about 1:40. A long time when you’re ready to be home, but still a pretty easy trip.

When you consider that it saved $56 in parking, I was able to surf the web both ways and didn’t put any miles on the car, the time spent was probably worth it. The novelty certainly was.

It wasn’t one the things I’d really thought about when I moved to a downtown location but having Frontrunner literally three-minute away is something I see myself taking advantage of more than I have in the past. Now I just have to learn how to use the TRAX lines efficiently.