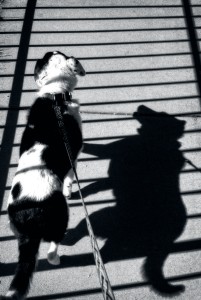 Moving out of the big house with a good size yard did change one critical part of my life. When living in the house, Charlie, my 13-year-old mutt, was able to hang out in the yard whenever I left. At night all he had to do was walk over to the door and stand, knowing I’d eventually notice and let him outside to do his business. In the morning, the first thing I’d do when we woke up would be to let him out, fill is food bowl, and often,  I’d climb back into bed as he seemed to like to wake up with the sun no matter how late I’d been out the night before. He could then chill in the back yard, bark at squirrel or even once in a while play games with the magpies that would fly through teasing him.

All of that has changed.

Now we have developed new rituals over the last week. Now, the first thing I do in the morning is go for a walk. We’ve developed a nice little downtown loop that offers Charlie many things to sniff, grass to walk on and lots of things to lift his leg upon. I don’t know how dogs do it, but they seem to keep just enough pee handy to piss on about 10 things after they’ve had the serious relieving of themselves.

At night we do the same thing. My last activity, whether it is 10 pm or 1:30 am is a lap around the block. It is actually quite enjoyable and, while it is not strenuous exercise, it is more than I got by simply opening a door.

We’ve also taken to walking to work every day where he gets to hang out. It’s about .8 of a mile each way through pretty sketchy neighborhood. Charlie is a very friendly and social dog and is met with smiles most of the way. At 13, I think he’s spent plenty of lonely days just hanging out in the backyard listening for the car to come down the driveway. I don’t know how many more years he’s got in him, but I hoping he gets to spend most of that time with people rather than waiting for me to get home.

You never know what a dog is thinking, but I think he’s liking the change. 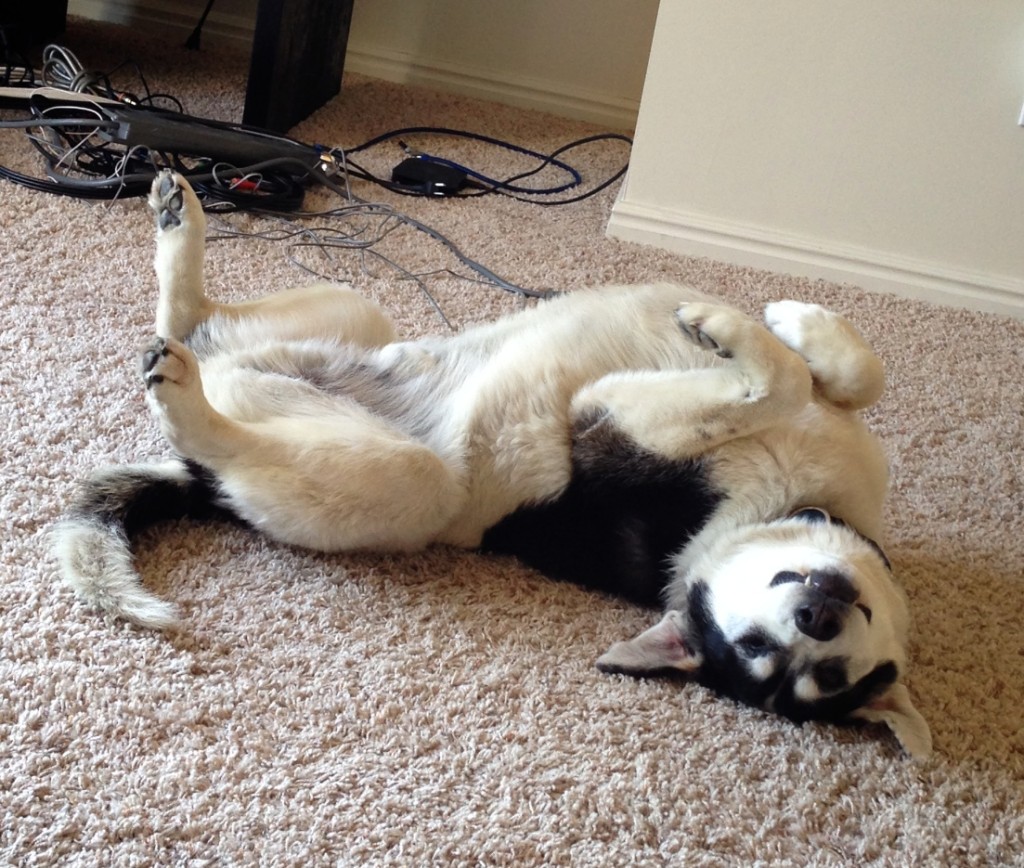 That’s my dog. And now we must go walk.